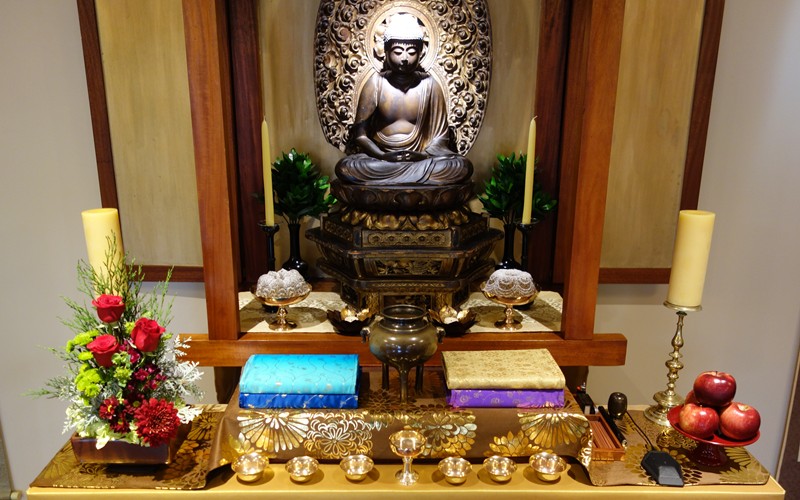 At the age of twenty-nine, the Prince of the Shakya Clan, Siddhartha Gautama, saw for the first time: one old man, one sick man, one dead man, one monk, and with that he was plunged into a struggle for Truth which was to continue until Buddhahood itself had been attained.

The ceremony of Shakyamuni Buddha’s Enlightenment will take place at the Center on Thursday, December 7, after a short sitting which begins at 6:30 pm

The Buddha’s Enlightenment Ceremony commemorates Shakyamuni Buddha’s spiritual realization and opening of the Way. His experience, the culmination of years of intense effort, came after seven days of deep meditation when he saw the morning star. The ceremony begins with an account of the Buddha’s Enlightenment, followed by chanting and a symbolic reading of all the sutras.

Please join us for this special event.